A grasshopper makes his way along a barbed wire fence at sunset. 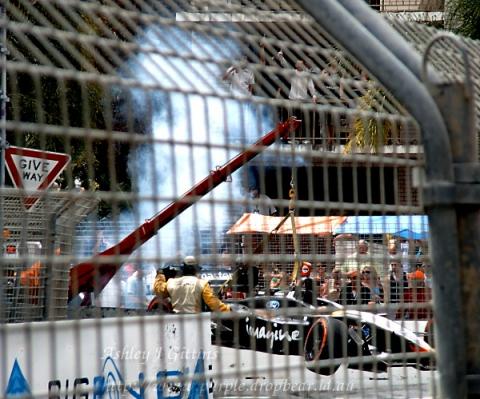 Imagine that... It seemed that the Lexmark Indy 300 this year spent more time under the yellow flag and safety car than not!
This was the end of the race for Dan Clarke and his HVM car. Team-mate Nelson Philippe took out the race though so I guess it wasn't all bad news for the team.

Taken with a Fuji S7000 on the Gold Coast during the final Champ Car Race during the Lexmark Indy 300. Taken in Raw mode, converted using UFRaw and post-processed in the Gimp. 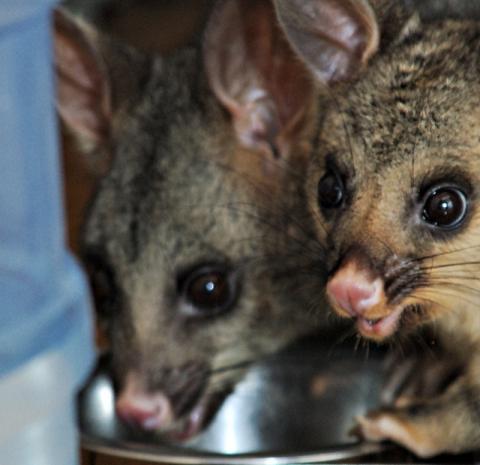 This is BJ, son of Bubba (in the background), feasting on Cola's dinner. This was taken a while ago now, BJ doesn't look quite so innocent anymore, but still gets away with the occasional feed. Cola (our cat) doesn't seem to mind too much, as long as they stay out of her way she seems ok with them sharing her food from time to time.

Taken with a Fuji S7000, processed using UFRaw and the Gimp.
Submitted to PhotoFriday "Innocence" challenge. 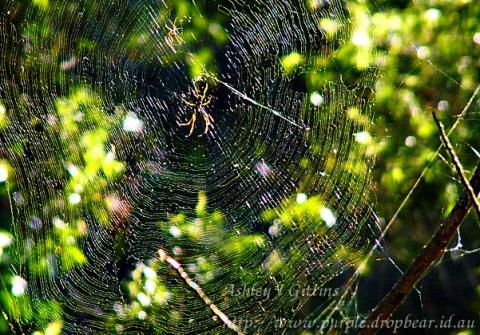 Spiders often seem to walk a fine line between being utilitarian constructionists and artists. This particular fellow had no such scruples. 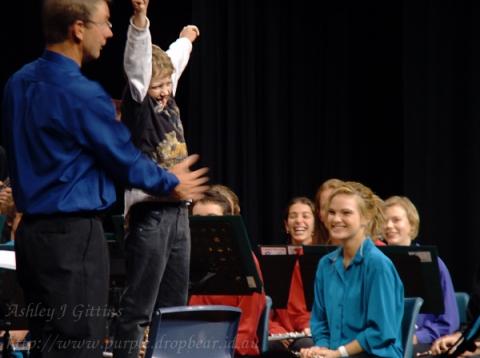 A young Maestro-in-training (selected from the Audience on the night) takes his bow after conducting the Senior Concert Band at The Gap State High School's Cabaret Night. MauMusic was proud to be invited along to enjoy the local talent on show and donated a gift voucher for the raffle.

Taken with a FujiFilm S7000 in RAW mode, processed by UFRaw and The Gimp.
Submitted to the PhotoFriday "boy" challenge. 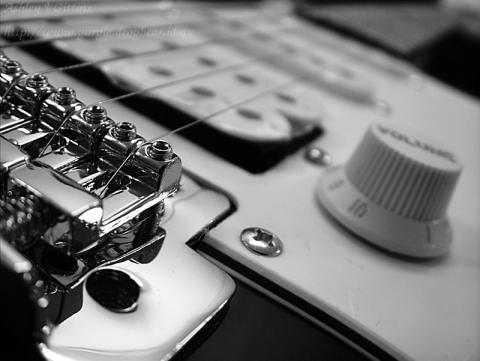 Up close and personal with a Stratocaster(r) style bridge (on an Aria guitar from MauMusic).

Taken with a FujiFilm S7000 in RAW mode, processed by UFRaw and The Gimp.
Originally uploaded for the PhotoFriday.com "Silver" challenge, but alas, a few minutes too late. 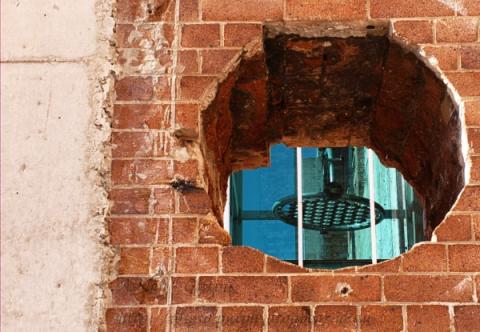 Taken at the Powerhouse Museum in Brisbane.

FujiFilm S7000, processed in the Gimp with UFRaw, as always.
Submitted for the photofriday.com "Circle" challenge. 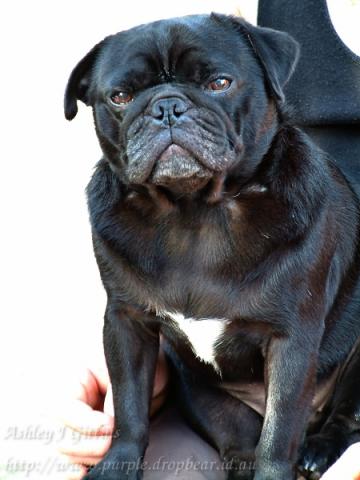 Reginald, my Sister's Pug. So much character in such a small package. 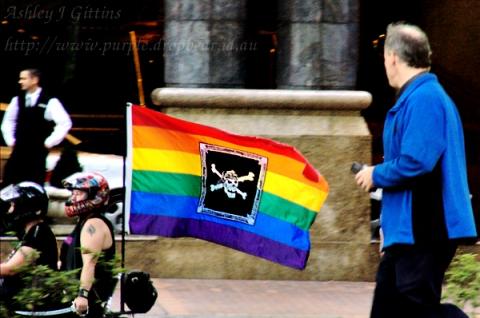 He lowers his binoculars - the pirates are much closer than they first appeared!

Taken at the 2005 Gay and Lesbian Mardi Gras in Sydney, NSW. The ladies on the bike are part of the "Dykes on Bikes" contingent, a clear crowd favourite at every Mardi Gras. There are groups all over the world so I don't know if these two ladies are from the Sydney club or elsewhere. The sound of over 200 loud and proud motorbikes has to be heard to be believed! 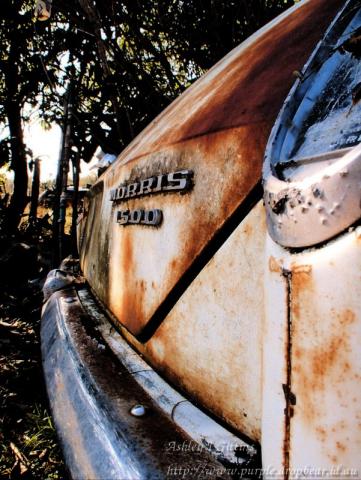 An old Morris 1500 sits rusting in the back paddock. Taken at Withcott (just East of Toowoomba), Queensland.