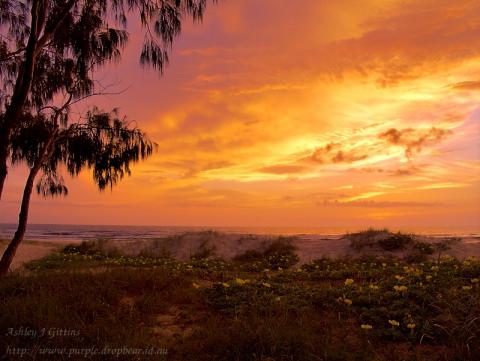 Dawn arrives on the dunes of Double Island Point.
This is a blended image from two exposures to capture the dynamic range of sunrise. 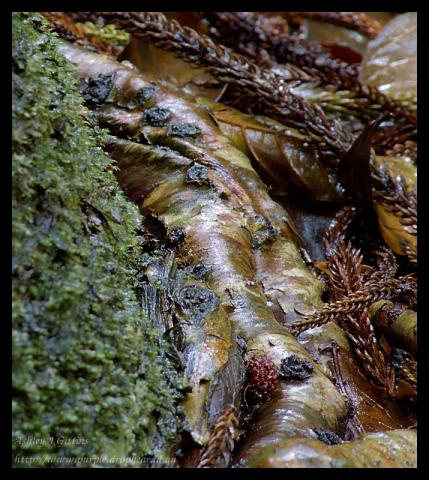 Taken for the Fujimugs "Texture" challenge. Placed 43/81. This version has a reduced border with a clean edge, rather than the large, feathered edge border I submitted for the challenge.
The root shown here is that of the Strangler Fig which makes it's way in life by wrapping it's aerial roots around host trees, ultimately consuming them.
The host in this instance is a Hoop Pine, whose leaves can be seen littering the floor. These leaves are springy to squeeze, and are smooth to stroke in one direction, but sharp and prickly in the other.
It is not uncommon to find a strangler fig that has outlived it's host by many years - the host will rot away, leaving the fig as a tubular maze of roots towering into the forest canopy. This may take some time in this case though, hoop pines live for around 450 years, and I would expect, take a long time to decay as well.

This image was captured in the D'Aguilar National Park on Mount Glorious, on a wet, overcast afternoon. 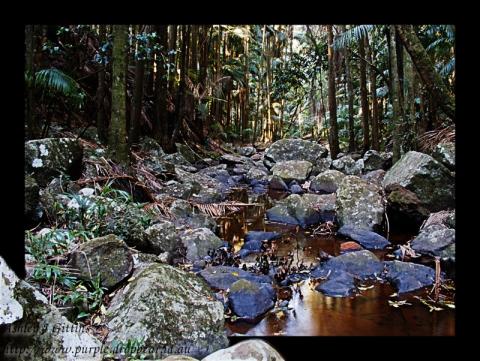 Downstream from the falls on Mount Tambourine, in the Gold Coast Hinterlands, Queensland.
This is a blended exposure from two shots in order to preserve the shadow and highlight details simultaneously. 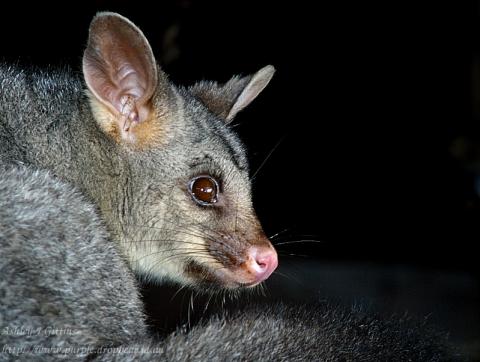 This brushtail possum had taken up residence in our garage with her son. She was kind enough to oblige me with a shooting session one evening. 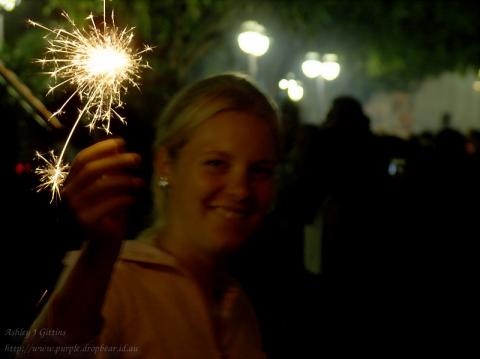 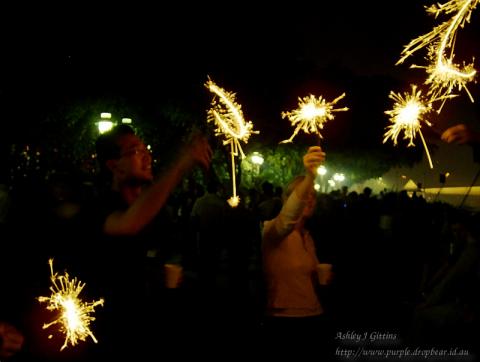 A group of international visitors celebrate the new year with ummm... juice and sparklers. If you are in this photo, please take a moment to create an account and let us know more about you! 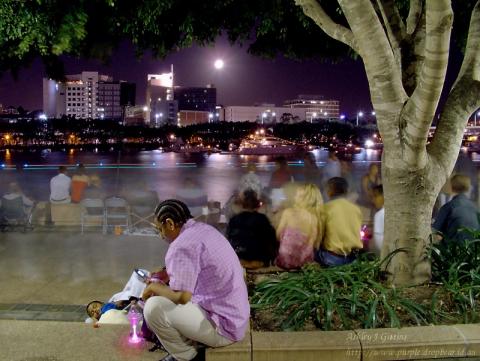 A father occupies himself while watching over his sleeping son. All around are waiting for the midnight fireworks but these two are an island of tranquility in a busy crowd.
(Placed 11th in the FujiMugs challenge "Festivities").

Submitted to PhotoFriday "New" challenge. People sitting around waiting for the next New thing, in this case, a New Year. 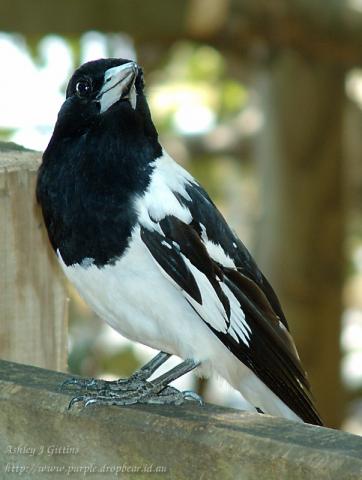 This Butcher Bird came right up to me while I was walking around Kangaroo Point a few weeks ago (same time as Succulent Lizard). I suspect he was used to getting fed by passers-by on their lunch breaks, alas I had nothing for him but some attention. 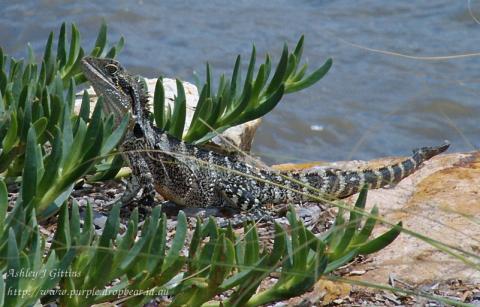 Lizard living at Kangaroo Point, Brisbane (Aust). Essentially directly across the river from the "Distrust" Lizard, taken about a week later. They are both Eastern Water Dragons or Physignathus leseuerii, as kindly pointed out to me by Alexander Dudley who has a website loaded with great photo's of Australian native animals. 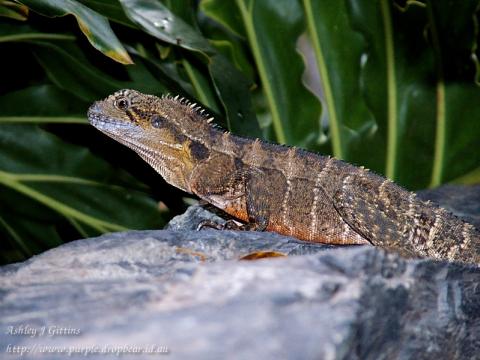 Taken at the Botanical Gardens, Gardens Point, Brisbane (Aust). This fellow was wary of me but obliged me with some brief posing. He is an Eastern Water Dragon or Physignathus leseuerii, as kindly pointed out to me by Alexander Dudley who has a website loaded with great photo's of Australian native animals.